My visit to Utah was filled with a number of great sights to see and some pretty amazing roads to ride.  If you checked out my last post you may have already viewed Part 1 of the video from Capitol Reef National Park.  I’ve broken up the ride into three parts.  Here’s Part 2 and Part 3 from what was a pretty awesome ride!

My time in Utah included a visit to Natural Bridges National Monument Park which has three natural arches all located within a couple miles of each other. The only other place in the world where such a marvel can be found is China.

The three bridges in the park are named Kachina, Owachomo, and Sipapu (the largest), which are all Hopi names. A natural bridge is formed by erosion from water flowing in the stream bed of the canyon. During periods of flash floods the streams wash against the rock walls and in time erodes the stone until the new stream bed then flows underneath the newly formed bridge. Eventually, as erosion and gravity enlarge the bridge’s opening, the bridge collapses under its own weight. There is evidence of at least two collapsed natural bridges within the park.

Here are a few photos from my time in the park which happened to be the third “rain day” that I’ve had since leaving home on May 13, 2015 which is a marvel unto itself! 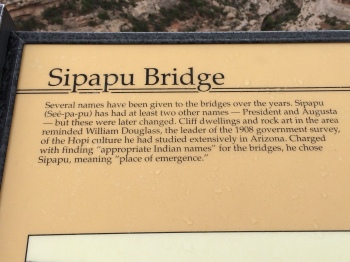 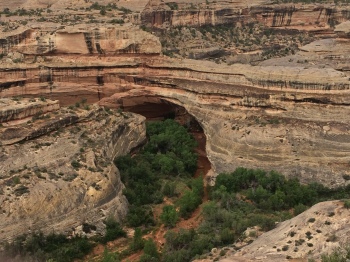 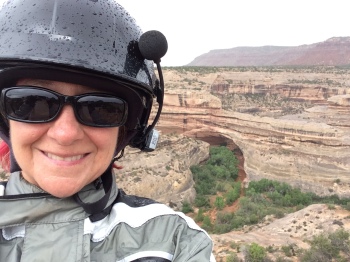 And here are a few more photos of my ride from Hanksville to Moab, Utah by way of the Scenic Byway (Highway 95) and Highway 191. 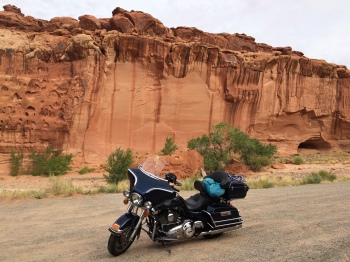 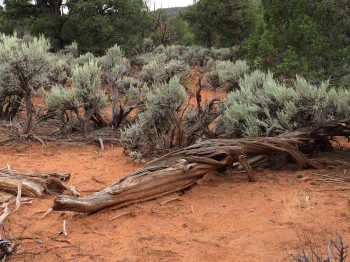 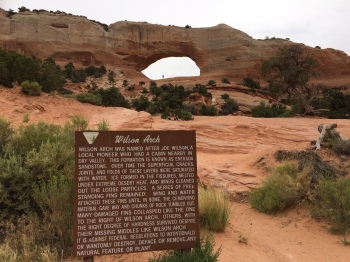 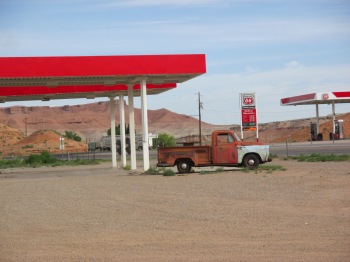 There was so much to see and do in Utah that I’ll have one more post from the area before moving on.  Stay tuned for the final episode which will include some awesome photos from my visit to Arches National Park and a video from my ride along the Colorado River. Until then, go with the flow…it’s easier to paddle in that direction.

One Reply to “The Big Ride – Natural wonders (More from Utah)”