My trip to northern BC was truly heartfelt on many levels.  The decision to leave my bike behind in Edmonton and rent a car wasn’t what  I had originally intended but proved to be a wise decision.  It was one that that was made based on “intuitiveness” or a sense that something wasn’t right.   While enroute the Alaska Highway ended up being closed due to a forest fire that jumped the highway which prevented my return until the road reopened. Riding through the area on a motorcycle would have been an unpleasant experience.  Here’s a bit of footage from a local newspaper along with a short clip that I recorded when I drove through after the highway reopened after the fire had ravished the area.

News paper link with a video of the fire: click here

My video taken when the road reopened:

Despite the forest fires in the area and experiencing smoke throughout much of northern BC, my trip up the Historic Alaska Highway was spectacular.  I had forgotten how incredibly beautiful and pristine this part of the country is.

For those of you who may not know, I was raised in northern British Columbia and lived in Stone Mountain Park as a young girl.  The park is located at Mile 392 of the Historic Alaska Highway.  The purpose of my trip was two fold.  Not only did I want to visit where I was raised, but to also visit where my Dad now rests.  My Dad left us five years ago and rests in a cemetery at Toad River, BC which is located at Mile 422 of the Alaska Highway.  Returning to northern BC allowed me to reconnect with my “true north”.

Here are a few photos of my trip to the land where it remains light throughout the long summer nights and mountain air that is filled with the sweet fragrance of  pine forests whose scent dances in the warm summers’ air.

I continued north to Stone Mountain Park where Summit Lake is located, and where I was raised as a young girl.  My father worked on the Alaska Highway when I was young.  We lived in the park and my sister and I attended a one room school with 8 other children who lived in the park which also happens to be the highest point on the Historic Alaska Highway! 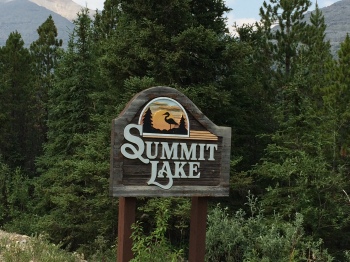 After a memorable visit to Stone Mountain I drove north to Toad River to where my Dad rests.  Here are a few photos of the area. 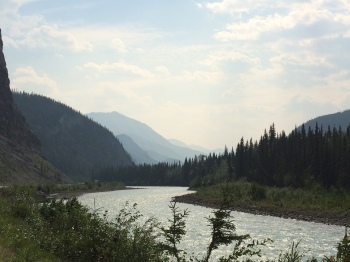 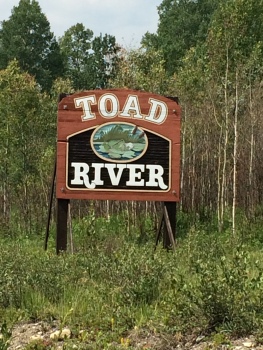 While visiting in the north I stayed at the Northern Rockies Lodge located at Muncho Lake, which is a fresh water mountain lake that is seven miles long and runs along side of the Historic Alaska Highway.  The resort was nestled in the mountains next to the lake and was an incredibly wonderful place to spend a couple of nights while visiting the area.  Here’s an idea of what it was like.

While staying at the resort I took advantage of the fact that the owner, Urs, also operates a small flight service that provides his guests an opportunity to see this amazing area by air.  My flight was about a half hour in duration and can be described as being simply amazing and incredibly spectacular!  Here’s a few aerial shots from my flight over the lake and the surrounding area.

A trip north would not be complete without a visit to the Liard Hot Springs located at mile 495 of the Historic Alaska Highway.  It’s one of the few remaining hot springs that remains in it’s natural state compared to many that are pumped into a concrete pool.

Here are a few additional photos from along the way. 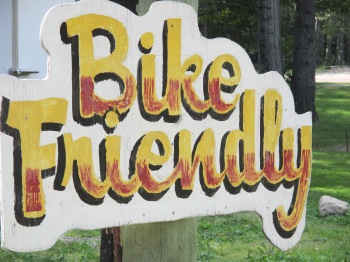 From here I’ll be going south to pick up my bike in Edmonton, with a stop in Dawson Creek to visit family and friends that I wasn’t able to see on my way up the highway.  From Edmonton, I’ll be heading west to Prince George and then to Vancouver Island, connecting with more friends along the way.  For me, that’s what this leg of the trip is all about – “true north” indeed!