It’s been three fun filled days of taking it easy in The Big Easy!  Yes, New Orleans, Louisiana is all that it’s said to be and much much more.  The city is rich in history, music and lots of good times.

My route to get here included riding over the 24 mile long bridge that spans Lake Pontchartrain which is 630 square miles. Wow what an awesome riding experience!  Here’s a clip to give you a sense of what it was like.  Yup…it went on forever.

For my stay in New Orleans I chose a small quaint boutique hotel in the French Quarter so I would be in the heart of the historic part of the city.  As it turned out, the Dauphine Orleans Hotel was built in 1821 and has quite a history.  From 1853 to 1917 it was run by May Baily and was known as one of the better named Bordellos that operated on the fringe of the infamous red-light district known as Storyville.

The hotel was only a block away from Bourbon Street which is known for its many bars and jazz clubs. What is interesting is that it was named by the French rue Bourbon after an aristocrat and was a premier residential area prior to the 1900’s before it became known for its many brothels, gaming and dance halls following an attempt to bring reform to the area.  It’s not for everyone but it needs to be experienced at least once…if for no other reason than to say you were there.  My first night in New Orleans I had dinner on the balcony of a great restaurant called Le Bayou that over looked the street while enjoying a traditional southern meal of jambalaya, gumbo, red beans and rice.  Yes…I even took my motorcycle boots off and traded them in for dancing shoes 🙂

Here’s a few of my favourite photos from Bourbon Street.

For me, a great way to become familiar with a city in a short period of time is to take a Hop-on Hop-Off tour, so that’s what I did while in New Orleans.  The city is rich with history going back to the early 1700’s when it was founded by the French and then later taken over by Spanish rule.  The architecture reflects the Spanish influence and is incredibly beautiful.  Similar to what is seen in Savannah Georgia, many of the buildings are ordained in beautiful black iron.

Here’s a short video from my Hop-on Hop-off tour along with a few shots from around the city. 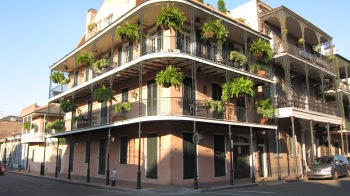 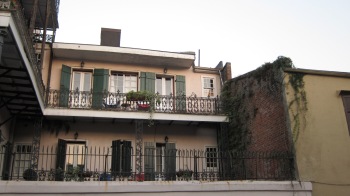 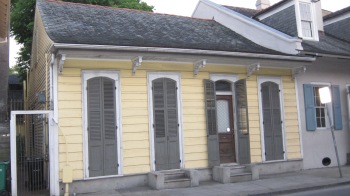 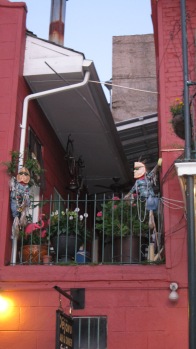 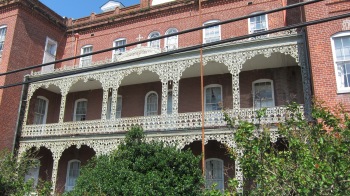 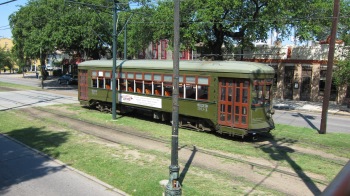 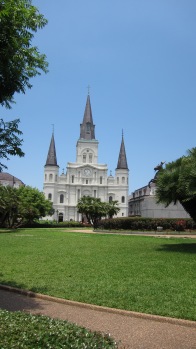 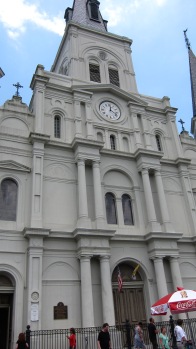 Another interesting aspect about New Orleans is its cemeteries.  Given that the city is below sea level it was found that during heavy rains the remains would rise to the surface, resulting in the need to use above ground crypts as a means of eliminating the problem.  Here is a short clip from my tour of the Lafayette Cemetery…after all no tour is complete without a visit to the cemetery.

From here I’m off to Lake Charles, Louisiana.  On the way I’ll be visiting a historical plantation, checking out a few bayous and perhaps an alligator farm.  What an awesome experience this trip is turning out to be!